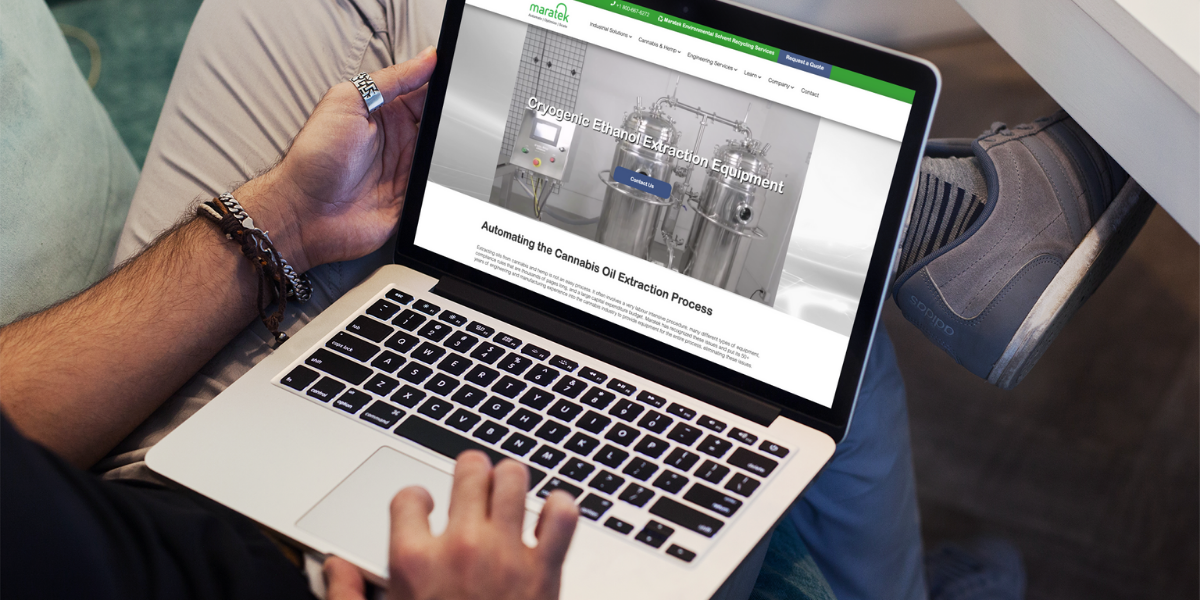 Advancements in technology have allowed manufacturers to produce higher-quality cannabis products, while at the same time significantly improving their profit margin.

But with a wide range of extraction methods now on the market, which method can help manufacturers realize the best results and optimize their return on investment. It’s hard to argue against the ethanol extraction method.

What is ethanol and how is it used in cannabis extraction?

Ethanol is a colourless volatile, flammable liquid which is produced by the natural fermentation of sugars. It’s considered a universal solvent due to having both polar and non polar properties.

Not only is ethanol one of the easiest solvents to use and obtain, it’s also one of the most effective methods when it comes to cannabis extraction. That’s because it’s cost-effective, scalable, relatively safe and highly effective.

Due to its chemical makeup, ethanol is highly efficient and is able to dissolve a wide range of substances in the cannabis extraction process, including cannabinoids, waxes, terpenes and lipids.

It’s this efficiency that allows ethanol extraction to take place in one single-stream process that can take place under warm or cold conditions. Unlike other solvents such as CO2, ethanol is so efficient that it pulls undesirable compounds (such as cannabinoids and terpenes) directly from the biomass, making the winterization step after extraction far easier.

How does ethanol extraction work?

The use of ethanol is an essential aspect in cannabis extraction to get rid of undesirable compounds such as terpenes and cannabinoids that reduce the quality of the end product.

Let’s take a further look at the difference between cold ethanol and warm ethanol extraction.

Cold ethanol extraction, also known as cryogenic ethanol extraction, is performed to freeze water, fats, lipids and other undesirable materials so that they do not dissolve into the ethanol. This method is highly efficient, can increase extraction yields, reduces the need for the winterization step, and is highly safe for both small or extremely large industrial-scale operations.

Warm extraction, on the other hand, is far easier to perform, yet undesirable compounds - such as water, fats and lipids - are significantly more difficult to remove and are typically pulled out in the ethanol. That means they will either need to be removed later, through a further winterization step, or they will be in the final product.

Warm ethanol extracted oil should be winterized by chilling the ethanol and oil mixture for a higher-quality end product. This freezes the undesirable materials so that they can be easily filtered out from the mixture.

Whether manufacturers decide to use the cold or warm ethanol extraction method, approximately 0.5 to 1 gallon of ethanol is used per pound of biomass. Agitating the biomass and ethanol, whether done manually or mechanically, assists further with increasing yields.

For lower yield biomass extraction, the same ethanol can be reused for multiple passes or washes, making it a highly-cost effective solvent for your business.

Want to learn more about the ethanol extraction method and why it’s an efficient and cost-effective way to extract cannabis? Contact Maratek today. Our team of extraction experts would love to answer any questions that you may have.