Thin Film Distillation is the best method for distilling and purifying thermally sensitive compounds, due to the short residence time of heat exposure to the product. This, coupled with an internal condenser, provides exceptional efficiency and speed.

Short Path Distillation was specifically designed to minimize the length that vapor needs to travel from where it is generated to where it is condensed. The thin film system achieves this by utilizing a high-efficiency evaporator at the center of the wiper basket, providing the shortest distance for the molecules to travel. The PTFE wiper blades of the system’s wiper basket spread a smooth and even thin film across the inner surface area of the single-stage, providing excellent heat transfer, evaporation, and condensation rates.

The first stage is run at higher pressure, low - medium vacuum and lower temperatures to either gently or aggressively remove low-to-medium-boiling-point compounds. The first evaporator/stage features a high vacuum/high capacity dry vacuum pump and precision compound pressure gauge (and vacuum control system) to give users the ability to run the system at variable pressures and vacuum depth.

Both stages may be operated at higher pressures to gently remove low boiling point compounds, such as terpenes. For precise heavy compound distillation, the system may be reconfigured to run at standard operational parameters (high vacuum) to precisely cut into feed for desired compounds.

The second stage is run at a high vacuum and higher temperatures to achieve proper separation of compounds. The system includes a precision flow meter and a fully-jacketed feed tank.

The second stage is separated from the first stage via a mechanical seal. This allows the second evaporator/stage to be run at significantly higher vacuum levels via rotary vane technology.

Additionally, the second stage includes a diffusion pump that may be utilized in high-vacuum situations where there are minimal low-boiling-point compounds present, and the user wishes to achieve greater separation.

✅ Flow Rates of up to 20 liters per hour

Maratek’s Cannabis Distillation equipment can also be easily integrated with Maratek’s other technologies, such as Maratek's solvent recovery options (OERS) for 99%+ ethanol recovery, decarboxylation, and ethanol reproofing. Maratek can also work with any other equipment in your facility, allowing you to streamline and automate your entire production process. Together, these technologies can create a completely automated, GMP turnkey solution for your cryogenic ethanol extracting needs. 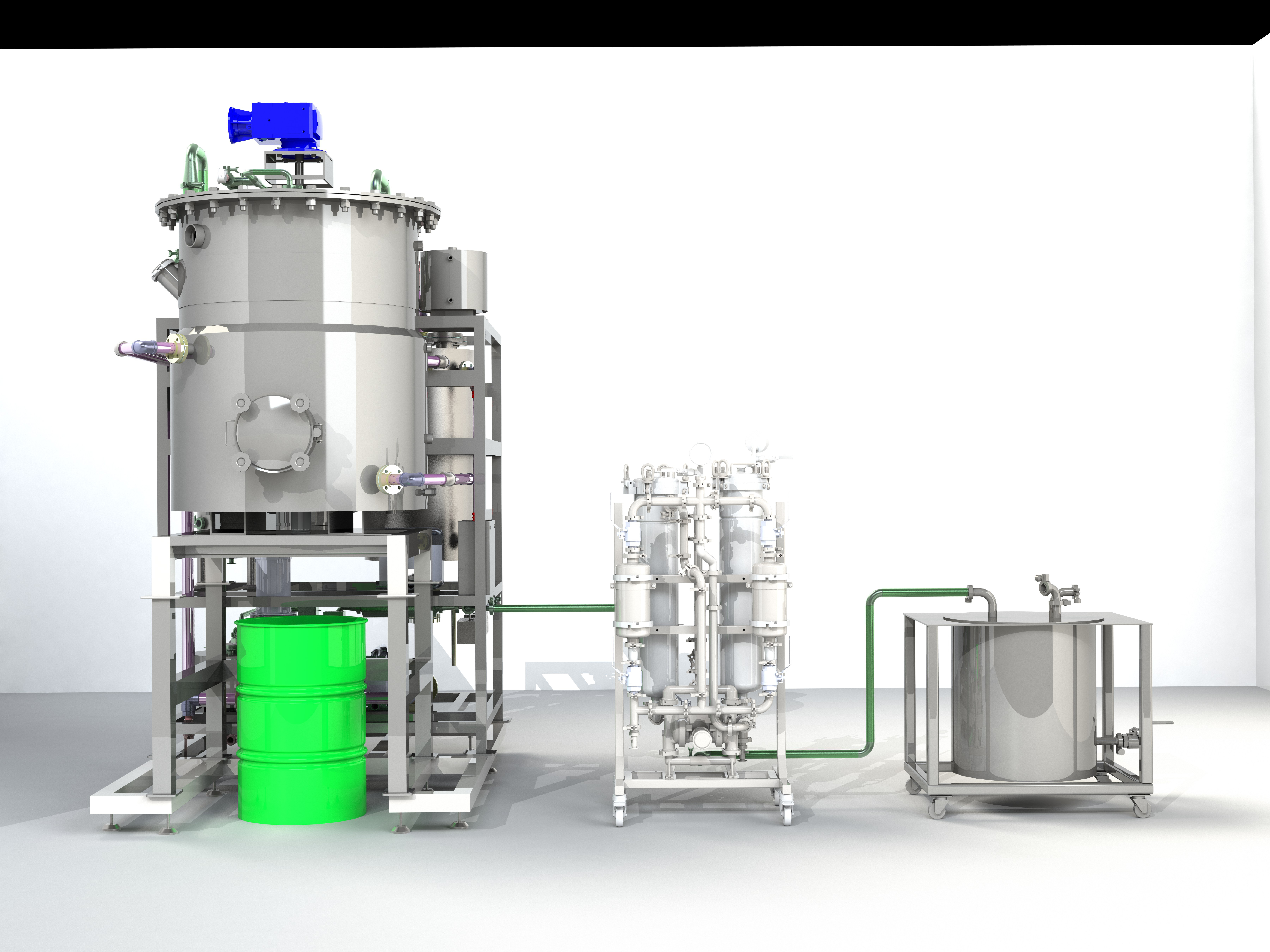